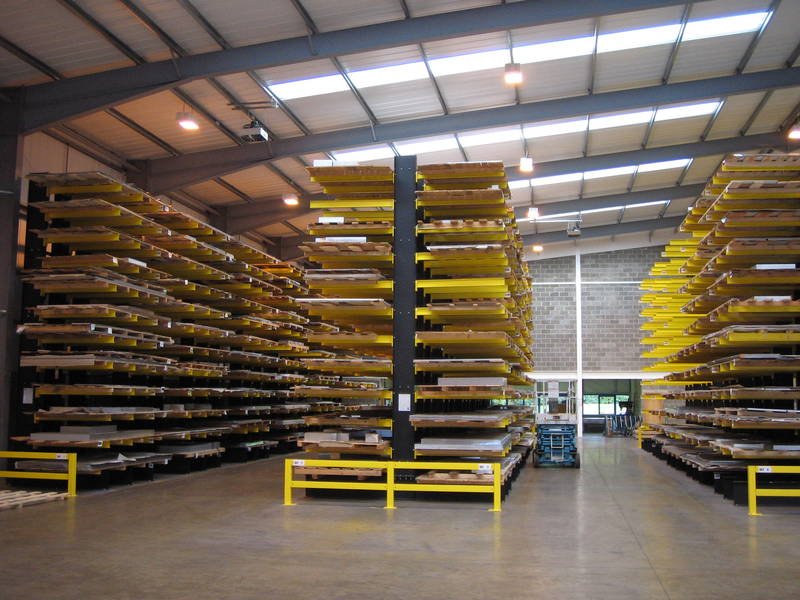 Alimex UK had an urgent requirement to replace some existing cantilever racking at their site in Milton Keynes. We provided a large storage solution to store their aluminium plates.

Alimex UK manufacture and supply high specification semi finished cast aluminium plate and blocks to the mould-making, metals and manufacturing industries. A site survey revealed that the existing racking at their purpose built Milton Keynes site was unsuitable for future development of the business. As a result of the racking inspection, Chris Watts, the MD of Alimex UK approached us with an urgent requirement to replace the existing racking with new Wickens cantilever racking.

Wickens completed a site survey which was important in allowing us to see what racking needed replacing. Re-evaluating the needs of Alimex UK to enabled us to provide the best solution for their needs. We proposed a large amount of cantilever racking to suit the storage of heavy aluminium plates. In addition we would supply our REP 100 barriers to protect the racking from vehicle damage in the busy warehouse.

Chris was impressed by the speed with which Wickens responded to his initial enquiry. This was both in terms of the site survey and quotation service and also in the availability of the products required. Wickens had to compete with several other suppliers however the quality of service provided and our reputation was important in Wickens securing the contract.

There was a very tight deadline which had to be met as a large stock take was being held on site and the racking and barriers had to be in place by this point. In addition, operations on the site continued throughout the project and installation had to be planned around this. The delivery, the removal of the existing racking and the installation of the new components was conducted to a tight schedule. Our ability to work with

meets with their future needs and will now form a major part of a fully integrated mechanical handling system.